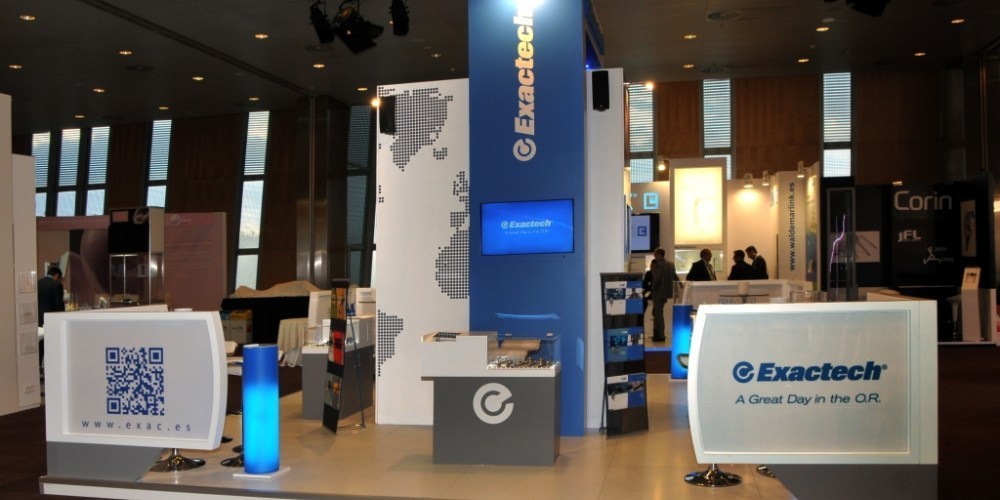 Exactech CEO and President David Petty said, “For the first half of 2017, we reported a 4% increase in our revenue; however, excluding the impact of the divested spine products from the prior year we reported 7% growth in revenue during the first half of the year. Our hip revenue was negatively impacted by distribution transitions underway in certain markets outside the U.S. We continue to be pleased with the performance of our Extremities segment, which benefited modestly in the quarter from the pilot launch of the Vantage® ankle and also the Equinoxe® Preserve humeral stem. In terms of our product pipeline, additional pilot launches of the ExactechGPS® shoulder application, Alteon® H.A. hip stem and the Truliant® knee system are also going well.

“During the third and fourth quarters we will be building inventory for these systems and hope to move into a limited launch late this year. Our channel development strategy remains important and will be enhanced as we more fully launch the Truliant knee system,” Petty said.

Chief Financial Officer Jody Phillips said, “Gross margins decreased to 68.7% from 69.3% for the second quarter a year ago, as average selling price decreases offset the increases in higher margin extremity sales. Total operating expenses for the quarter remained relatively flat at $39.3 million due to the divestiture of the spine segment being offset by an increase in product launch and development expenses. As a result, we produced a net income increase of 10% to $4.8 million and $0.33 diluted EPS for the second quarter which was in the range of our expectations.”

Looking forward, Exactech narrowed 2017 revenue guidance to $267-$271 million and diluted EPS target to $1.25-$1.29, including the impact of the first quarter $0.02 diluted earnings per share costs related to the spine business transition. On an adjusted basis, the diluted EPS target is $1.27-$1.31. For the third quarter of 2017, the company anticipates revenues of $60.5-$62.5 million and diluted EPS of $0.23-$0.25. The foregoing statements regarding targets for the quarter and full year are forward-looking and actual results may differ materially. These are the company’s targets, not predictions of actual performance.

The financial statements are below.

The company will hold a conference call with CEO David Petty and key members of the management team, Friday, July 28th at 10:00 a.m. Eastern Time. The call will cover Exactech’s second quarter 2017 results. Mr. Petty will open the conference call and a question-and-answer session will follow.

Based in Gainesville, Fla., Exactech develops and markets orthopaedic implant devices, related surgical instruments and biologic materials and services to hospitals and physicians. The company manufactures many of its orthopaedic devices at its Gainesville facility. Exactech’s orthopaedic products are used in the restoration of bones and joints that have deteriorated as a result of injury or diseases such as arthritis. Exactech markets its products in the United States, in addition to more than 30 markets in Europe, Latin America, Asia and the Pacific. Additional information about Exactech, Inc. can be found at http://www.exac.com. Copies of Exactech’s press releases, SEC filings, current price quotes and other valuable information for investors may be found at http://www.exac.com and http://www.hawkassociates.com.

We present certain non-GAAP results as a supplement to our financial results based on GAAP, as we believe it is useful to exclude certain items in order to focus on what we regard to be a more reliable indicator of the underlying operating performance of our business. Because we operate internationally, we present the percentage change in sales by reporting segment on a constant currency basis, which is a non-GAAP financial measure. We calculate this change on a constant currency basis by translating current period sales at the comparable average historical exchange rates for the same period in the prior year. We believe that presenting the percentage change in sales on a constant currency basis assists in the understanding of actual sales fluctuations by excluding the impact of foreign currency fluctuations.

Additionally, we report on a non-GAAP basis adjusted sales, gross margin, operating expenses, income, and diluted earnings per share excluding charges related to the spine assets we sold January 2017. We believe the exclusion of spine sales and costs provides the reader with more comparable financials to better analyze the reported periods. The following items have been adjusted:

We also provide adjusted forward looking guidance on diluted earnings per share for the full year for 2017. We believe this adjusted guidance will assist in comparative measures. The following reconciles the guidance ranges to expected guidance on a GAAP basis: